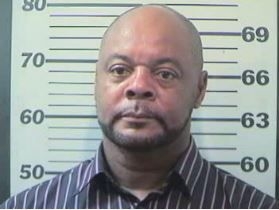 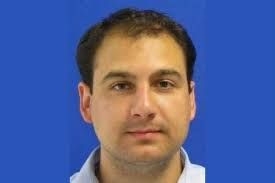 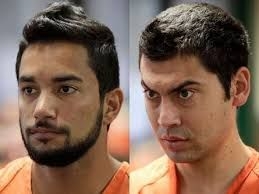 Mobile, Alabama Pastor Alvin Norman McNeil, 54, of Prichard was arrested Wednesday night and placed in Mobile Metro Jail on child sexual abuse, first-degree rape and sodomy charges, according to jail records. McNeil was arrested earlier Wednesday evening on grand indictments. A mother claims McNeil raped her daughter who was 16-years-old at the time and she became pregnant. The mother also says McNeil touched her 11-year-old daughter.

Pensacola, Florida Pastor David Donald Hoppenjan, 52, is pastor of the First Methodist Church of Pace. According to his arrest report, Hoppenjan allegedly traveled to two locations with the intention of having intercourse with a 14-year-old boy. Authorities say a 52-year-old Florida pastor is among 22 people arrested during an undercover sting that targeted adults who used the internet to solicit sex with children were taken into custody on September 14, 2016 mostly from Pensacola. but the pool of suspects also included men from Alabama and Mississippi.

Pensacola police said during a news conference about the multi-agency sting that undercover agents posed as teenagers on websites and the suspects attempted to meet the "teens" for sex. Records don't indicate whether he has a lawyer. State Attorney Bill Eddins says that depending on the charges, those arrested could face sentences between five years and life.

Rockville, Maryland Youth Minister Brian Patrick Werth, 32, was arrested and charged with sexual offenses involving a minor on Wednesday morning and police in Montgomery County suspect there may be more victims. According to police, Brian Patrick Werth, allegedly had inappropriate sexual contact with a 16-year-old female parishioner during a youth event at St. Elizabeth Catholic Church on May 20.

Detectives were notified of the incident in late August by Child Protective Services and following interviews with the victim and her parents, they gathered evidence in order to issue a warrant for Werth's arrest in the last two weeks. During the investigation, detectives discovered Werth had been sending graphic and sexually explicit text messages to the victim since the summer of 2014.

Mulberry, Florida Pastor Edward Demoreta, 30, was arrested for receiving oral sex from a teen girl last year, one time detectives say it even happened in the church parking lot Demoreta confessed to the sexual contact and acts with the victim between age of 12 and 15. to make matters worse, Demoreta is also a teacher employed by the Florida Virtual School. after learning a prior youth pastor was being investigated for similar behavior with the same girl, and Pastor Ricardo Navarro or Pastor Rick, 27, accused of fondling the same girl in side the church and then a year later asking her to text him quot sexy pictures.

Mobile, Alabama Pastor Willie Lee Jones, 62, was the pastor of a fast growing church in 2001. was arrested in 1997 and convicted in 2000 his victim was a 17 year old female. he is also registered in Mississippi as a sex offender.

A special thanks to all the men and women in blue who are putting their lives on the line to make sure our children are safe at all times, with out them we have no future.

This is only a tip of the iceberg, putting a stop to internet crimes!